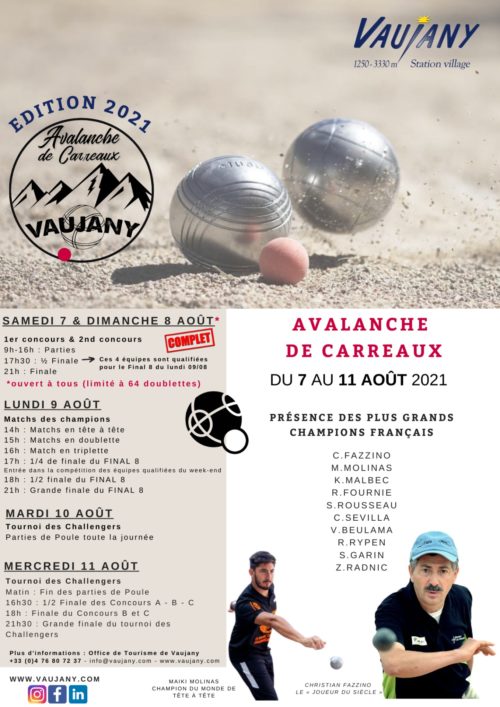 Vaujany will organise for the second year the “Avalanche de Carreaux” petanque sports event from 7 to 11 August 2021. We will have the honour of welcoming a dozen of the greatest French petanque champions such as Christian Fazzino “The player of the century” and Maiki Molinas “World champion head to head” but also Kevin Malbec, Romain Fournie, Sébastien Rousseau, Christophe Sevilla, Valentin Beulama, Raphaël Rypen, Stéphane Garin, Zvonko Radnic will be present for a top-of-the-range event in the exceptional mountain setting of Vaujany.
4 days of sport and beautiful pétanque in the heart of the village of Vaujany and two mornings at altitude at the Orientation Table with a breathtaking view. The public will have the pleasure of seeing the various champions compete in head-to-head matches and the teams from the general public competitions that have qualified will have the honour of playing with the champions in the champions’ matches. The event will conclude with the Challengers’ Tournament where amateurs will have the honour of teaming up with the champions and competing with them.

Follow the news of the event on Vaujany Station-Village’s social networks and the live broadcast of the champions’ exhibition on Monday 8 August on the website http://www.boulistenaute.com/ 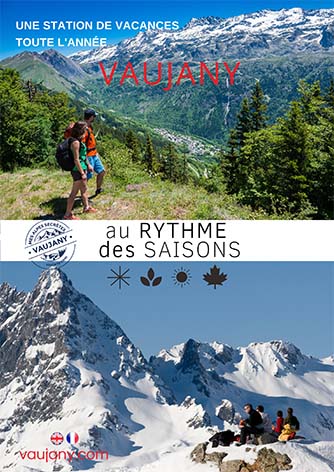